< Back to About Us

about hiring him to speak at your next event. 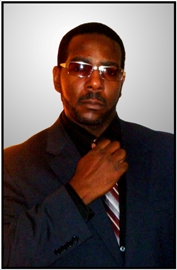 Step Master Tim Carthon is the National Greek All-Star™  Awards Founder and current Executive Director.  A multi-dimensional, outside-of-the-box-forming, confident, hardworking, creative visionary, his legendary step show choreography is and has been used by multiple organizations nationwide. Since 1992, he has choreographed and/or performed in over 40 Step Shows.

Tim Carthon is a made man in Kappa Kappa Psi® N.H.B. Fraternity, Inc. Alpha Phi Alpha® Fraternity, Inc., and a member of the Society of Step Masters™.  He has choreographed and performed in shows for the fraternities Alpha Phi Alpha® and Kappa Kappa Psi®.  He has also choreographed shows for the sororities Alpha Kappa Alpha®, Zeta Phi Beta®, Sigma Gamma Rho®, and Delta Sigma Theta®, five of those six Greek-letter organizations being members of the National Pan-Hellenic Council.

A native of Cleveland, OH, Tim Carthon has built a critically acclaimed reputation across the undergraduate fraternity and sorority community as arguably the most prolific step show choreographer in America.  As step team leader and choreographer for fraternities and sororities since 1995, those teams, for which he has choreographed shows, have been invited to and performed in steps show competitions all over the United States and have won or placed second almost 90% of the time in every single step show competition.

about hiring him to speak at your next event.