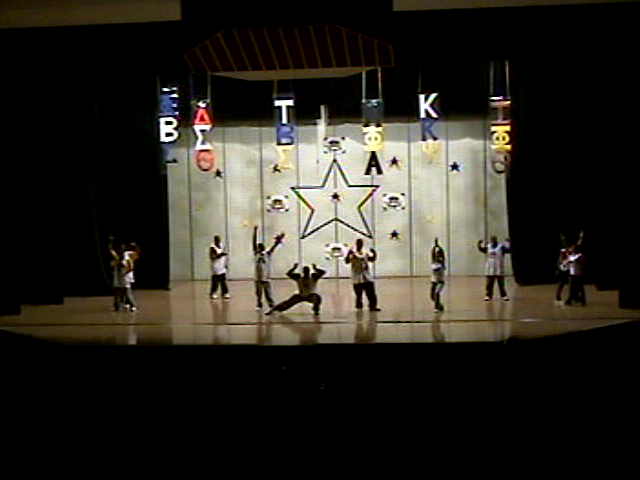 WILBERFORCE, OH – April 06, 2006 – The Greeks United! All-Star Greek Step Showcase® announces that its inaugural All-Star Greek Showcase, sponsored by Premier Budgeting International™, was a huge success.  The Showcase, in conjunction with Kappa Kappa Psi® National Honorary Band Fraternity, Inc., Theta Delta Chapter, was held yesterday, Wednesday, April 5, 2006, in the Paul Robeson Cultural and Performing Arts Center Large Auditorium at Central State University. The Event, which featured Greek and non-Greek organization affiliated participants, drew a crowd of over 800 individuals ranging from 18-50 years of age.  Several attendees claimed that the event was something that they had not seen the likes of at the university for many years.

The “African Spirits” Dancers directed by Cynthia Harold, a Central State University Alumnus, the Showcase Models, the Showcase Hip-Hop Dancers, and the Greek Organization Personnel and All-Star Performers came together to put on a fabulous show.  “Everyone kept telling me that they had a great time at the event.  That truly made all of the hard work (over this past 8 weeks) well worth it,” said Tim Carthon, Executive Director of the Showcase.

Mr. Carthon plans (over the next 3-4 years) to take the Showcase to different universities, eventually making it the National Greeks United! All-Star Greek Step Showcase® featuring the best individual Greek Organization Performers from all over the United States.