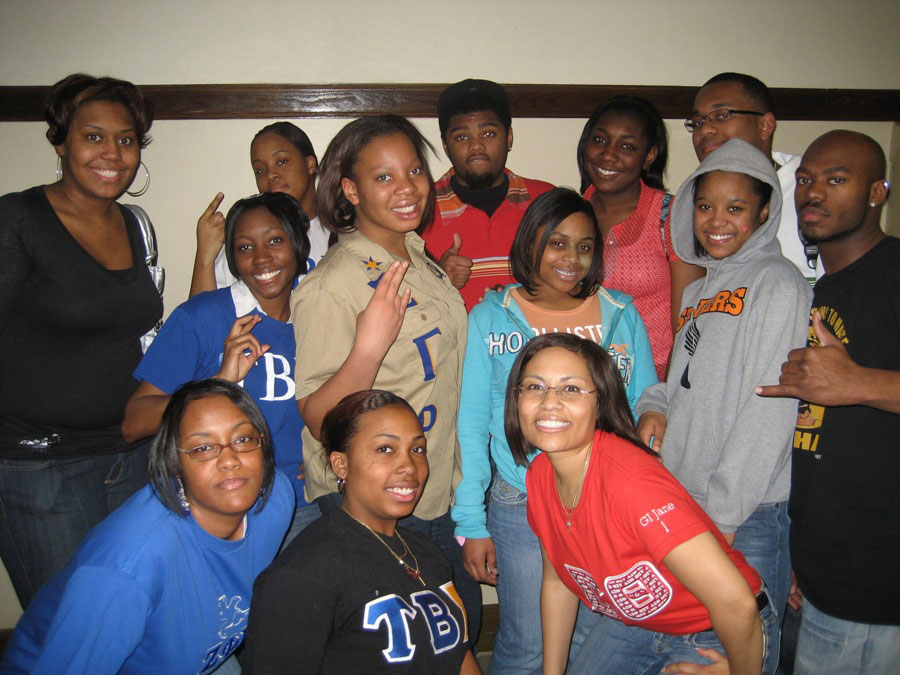 DAYTON, OH – February 14, 2008 – The 2008 Greek All-Stars™ geared up for a much anticipated monster Showcase performance later this month with a few High School tune-up exhibition performances.

Working with the schools’ Administration and Counselors, Tim Carthon’s Greeks United! All-Star Greek Step Showcase® brought its energetic presence and thunderous positivity to the stages of two well-known Dayton High Schools: Paul Laurence Dunbar and Stivers School for the Arts. The exhibitions were designed in part to show a large portion of positive fraternity and sorority life on university campuses.

“I just thank the Principals of both schools, along with Ms. Clay from Dunbar and Mr. Asadorian from Stivers, for understanding what we are trying to do for these young people and letting us do it, and do it well,” said Tim Carthon, PBI President, Executive Director of the Greeks United! All-Star Greek Step Showcase®, and renowned veteran Step Master, “Lord knows there’s enough influence out there for NOT going to college. We just do our best to be that negative influence’s positive Nemesis.”

With the completion of this past week’s community service performances to raise awareness of the need for a continued push toward academic excellence in urban communities, the 2008 Greek All-Stars had post-performance pictures and talks with students. They spoke with them about the importance of community service within their respective Greek organizations and how to have fun during higher education, without compromising the sanctity and seriousness of their collegiate opportunities.

These Showcase preliminary performances were also in preparation for the upcoming 2nd Annual Greeks United! All-Star Greek Step Showcase®, scheduled for Saturday,February 23, 2008 at the Dayton Masonic Temple Auditorium in Dayton, OH . Doors will be open for seating at 6:30pm.