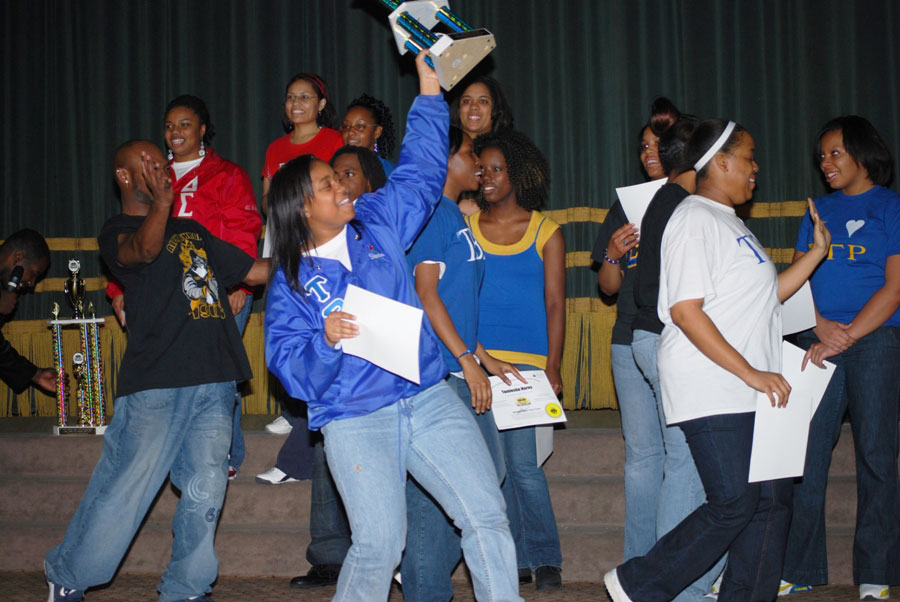 DAYTON, OH – February 24, 2008 – The 2008 Greek All-Stars made last nights performance only describable by one word: Sensational. The taste of African-oriented stepping and urban music, with Jazz and Classical, Hip-Hop and Crunk, mixed with fashion and dancing, left attendees with a full stomach and a sense of much-appreciated satisfaction.

Showcase Executive Director Tim Carthon began the All-Star-studded night with a moment of silence for a Dayton, OH native named Meshawn Brown, a member of Alpha Phi Alpha® Fraternity, Inc., Delta Xi Chapter at Central State University and a 2008 Greek All-Star Selectee.  He was tragically killed in a car accident on December 04, 2007. His mother received his Greek All-Star Selectee Certification, along with a letter of condolences from Showcase Executive Director Tim Carthon.

Later that evening, Mr. Carthon revealed the “Meshawn Brown Scholarship,” a $500-$1,000 college scholarship designed to assist one student in securing an opportunity for higher education. The first ever recipient of the M.B. College Scholarship was a soft-spoken, shy, teenage Sophomore named Schronda Robinson from Dayton, OH.

On stage together for a great and positive cause, this All-Star-studded Greek Step Showcase awarded these “Greeks” for excellence in academics, community service, organization involvment, and positive campus and Showcase impact. However, there is one Special Award that only one individual Greek All-Star can receive; The highest award within the All-Star Greek Step Showcase: The MVG Award, The Most Valuable Greek. This year, there were two new Special Awards introduced: The MVO, The Most Valuable Organization, and the MVP, the Most Valuable Personnel.

This year’s MVP Awards Recipient was Micah Momient, the Showcase Music Director and a member of Mu Phi Epsilon Fraternity, Inc. The 2008 MVO Award was earned by Tau Beta Sigma N.H.B.S., Inc. And the most coveted of the Showcase Awards, the NVG Award, was, for the first time, a tie! The Co-MVGs were Theodore “Teddy” Block, Jr., the 2006 MVG and 2-time Greek All-Star, and Tamiesha Hurns, a 1st-time Greek All-Star.