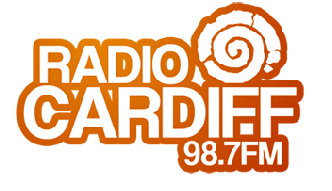 CLEVELAND, OH – September 16, 2009 – The All-Star Greek Step Showcase™ announces that its Executive Director, Tim Carthon, will be interviewed by Radio Cardiff, a popular radio station located in Cardiff in the country of Wales.  The interview will contain a variety of subject matters, ranging from his thoughts on the U.S. and its politics to the U.S. collegiate phenomenon called “stepping”.

Mr. Carthon, Showcase Executive Director and Multi-Award-Winning Step Show Choreographer, is also currently in negotiations to potentially head the upcoming Black Voluntary Sector Network’s Black History Month Celebration in Wales, scheduled for the end of October, 2009, as its keynote speaker.  His address will be focused on the introduction of the African-boot-dance-oriented, collegiate, Greek-lettered fraternity and sorority art form (currently known as “stepping” in the United States) to Wales.

The scheduling of the interviews, and negotiations for speaking at the event, is being coordinated by Annika Reid, a Radio Cardiff producer.