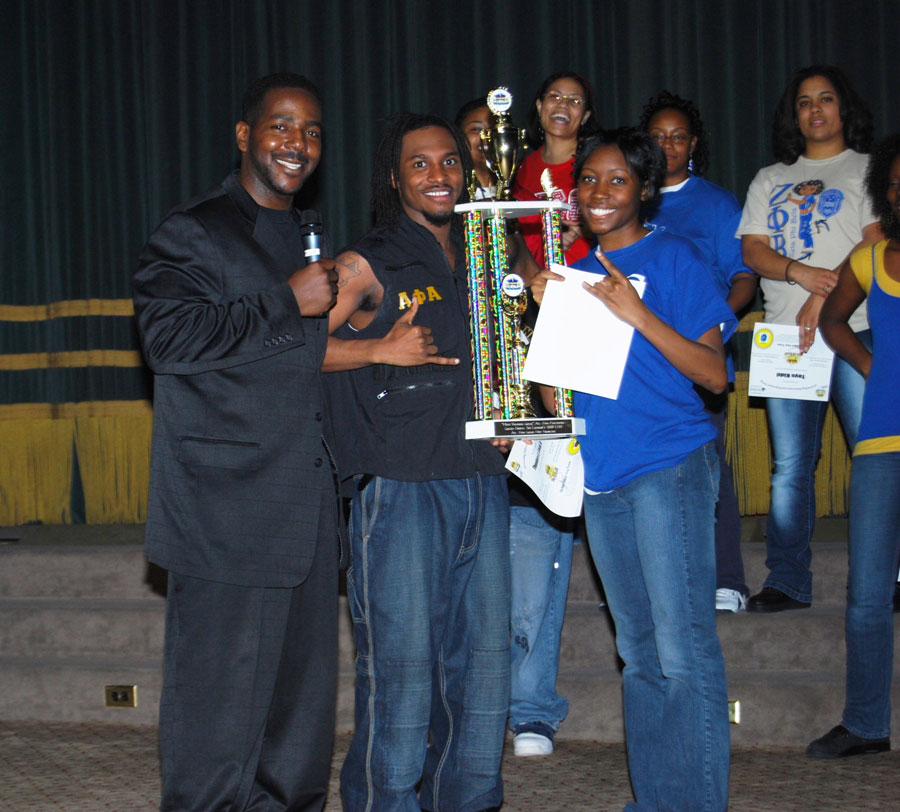 Yesterday, “Teddy,” as Mr. Block is called, led his team, which also consisted of 2008 Greek All-Star™ Frederick White III, through a pool of fraternities from college and university chapters all over the United States to the number one spot at the Sprite Step Off step show.

Mr. Block, Jr. is a multiple step show winner, Alpha Phi Alpha® Fraternity, Inc. 2009 National Step Show Champions, and has now reached another Greek fraternity milestone by leading the Delta XI Chapter of Alpha Phi Alpha® Fraternity, Inc. to the Sprite Step Off Championship. Mr. Block, Jr. was also dubbed a Greek All-Star™bearer of the “Golden V™“; the title of a TRUE Step Master, and has been selected to be inducted into the 2010 Inaugural Society of Step Masters™ at this years National All-Star Showcase.