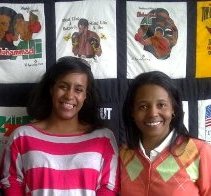 CLEVELAND, OH – April 12, 2010 – The All-Star Greek Step Showcase™announces that Executive Director Tim Carthon will be jointly interviewed today by representatives from both the United Kingdom and the United States regarding his upcoming landmark National All-Star Greek Showcase project.

U.K. journalist Annika Reid, Entertainment Journalist and Co-host for Radio Cardiff, the country of Wales only black radio station, and U.S.A. journalist Rhonda Crowder, General Assignment Reporter for the Call and Post, Ohio’s oldest and largest black newspaper, will be conducting a joint interview in order to probe the mind of the creator of and the reasoning behind the landmark National Greek Fraternity and Sorority Achievement Awards™ and Performing Arts Extravaganza.  Audio transcript to come.

The 2010 All-Star, Red Carpet event is scheduled to be held this Summer in Cleveland, OH.  Contact the All-Star Greek Showcase for sponsorship, partnership, and more information.