The New, Upgraded GreekAllStars.com is Here 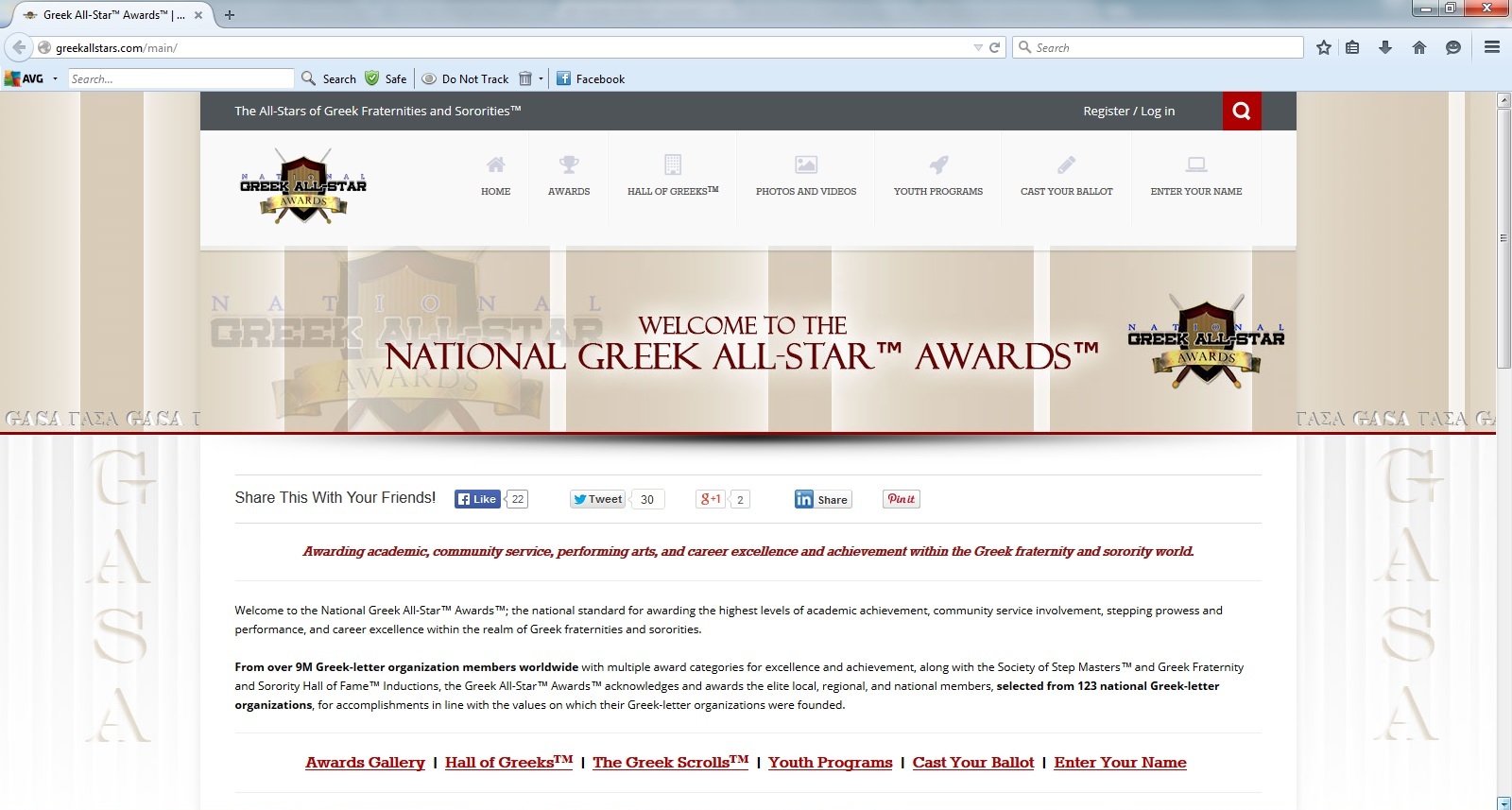 CLEVELAND, OH – February 23, 2015 – The Greek All-Star™ Awards™ announces the launch of its new, upgraded website: GreekAllStars.com.  The new website features a new voting section, the “3-Tier” Stepping Mission™ youth programs section, and the Hall of Greeks™ section, which encompasses the upgraded Wall of Greeks™, the Society of Step Masters™, past and present Greek All-Stars™,  and the Greek Fraternity and Sorority Hall of Fame™.

“The upgraded website will draw more users, which will definitely increase website traffic, but will more importantly give new and returning visitors warmer, more inviting and interactive site experiences,” said GASA Founder and Executive Director Tim Carthon, “That, coupled with our social media campaigns, will help to fuel the success of our mission statement.“.

The mission of the Greek All-Star™ Awards™ is to positively change the entire social structure of Greek-letter organizations worldwide.  Sign-up for the new and upgraded GreekAllStars.com is available HERE at no cost.