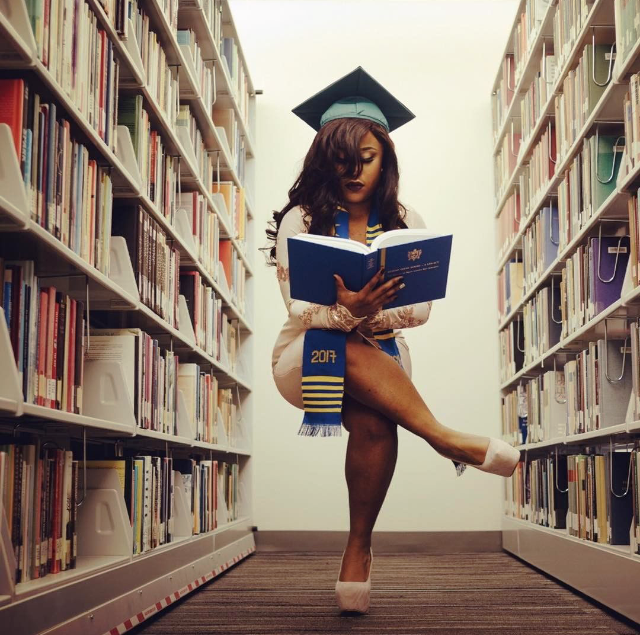 CLEVELAND, OH – June 10, 2017 – The National Greek Awards™ 2017 #GraduatingGreeks Feature Week™ recently concluded, and it was the most successful one to date.  Greek-life graduates from all over the U.S. submitted some of the most telling and beautiful photos showcasing their pride in succeeding at one of the most difficult things to accomplish in an industrialized society: Earning a college degree.

This year’s GGFW Contest included over 100 contestant photos from several Greek-letter organizations from around the country.  Some of those images even include the babies of graduates, which they used as inspiration to make it through extraordinarily trying times during their undergraduate tenure. 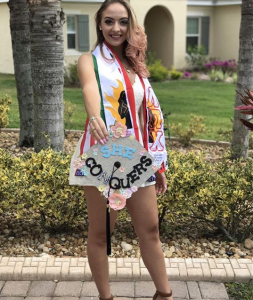 “I am always proud to see anyone accomplish something positive, especially something with a high level of difficulty that is also life-changing,” said National Greek Awards™ Founder and Executive Director Tim Carthon, “But to see my fellow Greek-life family members do so, especially with the reputation of Greek-letter organization members in general not being at the height at which I believe it deserves to be, that’s particularly satisfying.  And it definitely doesn’t hurt to win a nice $100 prize on the side, courtesy of Fiverr.com, for that accomplishment.“

This year’s contest winner is a graduate of George Mason University and entered what may go down as one of the greatest Greek life photographs ever taken.  And, like so many higher education students, she also has an all-too familiar pre-undergraduate story to tell, as college is an expensive experience in America. 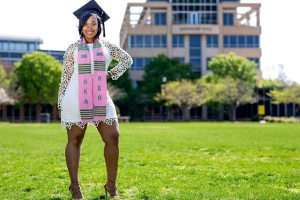 “Graduating college in my family in general was a big thing, not just in my immediate family,” says Amanda McLeroy, a member of Sigma Gamma Rho® Sorority, Inc. and the 2017 Graduating Greeks Feature Week™ Contest winner, “Though we didn’t have much, and I knew we didn’t have much, (my parents) still scraped together every last penny that they had to make sure that I was able to go to a college out of state because they knew that’s what I really wanted to do with myself.“

However, the triumph (and some good fortune) through her struggle are part of the beauty of Amanda’s story.

“When I won I was initially shocked because it was such a close race. I didn’t think I would win in all honesty,” she said, “So many great things had been happening to me over the course of the year, and I was overjoyed to add this to the list.”

Ms. McLeroy has a “pretty complex” future planned as well.  Watch her story below. 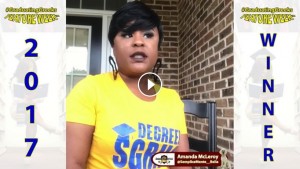 The mission of the National Greek Awards™ is to positively change the entire social structure of Greek-letter organizations worldwide.  You can see the Greek-letter organization Students featured on the National Greek Awards’ Facebook®, Twitter®, and Instagram® social media pages (@GreekAwards).  The graduation photos featured will also be included in the Greek life photos section on GreekAwards.com soon.

The National Greek Awards™, also known as the Greek All-Star™ Awards™ and the National Greek Fraternity and Sorority Awards®, is a privately held subsidiary of Carthon Choreography™, headquartered in Ohio.